The agenda for the SASA Annual General Meeting is as follows:

The meeting will be held at the chalet at the Alpine Centre, starting after the completion of the SASA Winter league race, at 12:00.

The SASA annual general meeting will be held on Sunday November 19th 2017, following on from the first race of the winter league series.
The meeting will be held in the chalet at the Southampton Alpine Centre and it is planned to start at 12:30 noon dependent on completion of the race and prize giving.

Dates
As per our club constitution, the AGM must be held by the end of November

Any apologies, agenda items, nominations for the executive or committee posts or proposed constitutional changes must be notified to the club secretary rachel@harrisonsmith.me.uk  by 12:30 on Sunday 5th November.
The agenda will be issued no later than one week before the meeting.
All are welcome to attend and parents may attend to represent the views of their children.
Members over the age of 18 may vote on any matters.

The coaching team of Fabrizio Ghislanzoni,  Monica Paluch and Pete Todorov ran a training session at the Southampton slope last Sunday,  giving the trainees a packed day of off slope fitness,  drills and exercises and head to head slalom races.

The parents had a lot to keep them busy with a Level 1 coaches course run by Nigel Vincent and a nearly new sale for ski clothing and equipment.

We hope to run a train day next spring and we’ll definitely be running our sale again this time next year.

Three SASA Racers attended the 5th round of the Southern Region ski races at Bowles this weekend. The sun shone and we arrived at a newly refurbished bottom area of the ski slope equipped with catch netting and an amphitheater area for the racers to set up camp (much safer than in previous years apparently) Numbers were down on other rounds  and this was probably due to the bank holiday, however this made for a very quick turnaround  of racers especially with a shorter slope and a well organised event.

Daniel Hutchings made his first SRSA podium of the year with a third place position and picked up three head to head wins in the boys under 14s. Imogen Miller skied very strong and traded places for the third place spot  during the morning in the girls under 14s category just to slip in to fourth place on the final run but picked up two head to head victories to help boost her seasons points tally.  Geno Hounsham skied to the silver medal position in the boys under 12s finishing 0.01 of a second  off first place and rounded off with two head to head victories.

SASA managed to enter a team in the Club races  again but failed to make it through the first round.

With  the last race of the series on the 16th September at Snowtrax it would be good to see a few more SASA members competing so please check your diaries and if you can make it please sign up.

This weekend saw the Midlands and Gloucester Club Nationals  take place at the Gloucester Dry Ski Slope. Once again the weather was on the warm side so racers took shade under the many gazebos erected along the side of the slope to keep cool  The slope is much longer than the Southampton slope and is aided by a water sprinkler system that chose to play up over the two days causing problems for the organisers but eventually all the races were completed.
SASA only had Geno Hounsham racing at the Midlands Club National on the Saturday with Harvey Stanley joining him on the Sunday for the Gloucester CN. Geno skied well in the boys under 12s but experienced a frustrating two days where he was sat in Third  position for his first two runs only to be pushed back to fourth place  on his final run on both days. Harvey put in some strong runs on the Sunday finishing sixth in the boys under 14s. Thanks must be given to Jordan Cooper of Ski Bitz Racing who took Geno through course inspection and Ben Vincent of Snowtrax who put Geno in Gate and this is always appreciated when senior skiers assist the juniors and minis.
Next stop is the SRSA fourth round at Aldershot this Weekend. Congratulations to all the racers who took part in today’s race.  Full results can be found on the Race page:

A selection of photos from today can be found in the gallery:

Well what else would you do on the hottest day of the year so far other than go ski racing on a big plastic hill.

One hundred and thirteen competitors from all over the region turned up bright and early for round 3 of the snow sport south summer series at Aldershot. Sadly, one didn’t manage to compete as little Zac who regularly trains with us on a Sunday morning broke his thumb during practice, however a true racer and was back later to cheer people on, one very brave little boy.

For those of you that haven’t been there before Aldershot is an interesting slope as the top 3rd is built from a giant scaffold and the slope is water mist lubricated and a fraction faster than our own, it’s also a tiny bit shorter with the fastest racers recording times under 9 seconds.

For our own racers, it was as much a test of endurance than a speed test with soaring temperatures and ski boots on all day.

Daniel Hutchins and Imogen White both managed to win all 3 of their head to heads, Imogen Miller won two out of three and skied very well in her timed runs improving her ranking. Geno Housham won a silver medal in the male U12 and Hunter Barnes managed to win gold in the Male U8.

We also managed to but a team into the team races and although we didn’t win  our race it was fantastic to see SASA on the start list which I’m led to believe hasn’t happened in a long time in this series, we were all very proud of them for entering as the other competitors were all a lot older and bigger.

All in all another great day out which could only be improved by a few more SASA members coming and joining us. The race on Saturday was well attended with 132 racers coming from all over the southern region and some as far as Cardiff and Chatham. This made for a highly competitive field, both on and off the slope with servicing technicians (enthusiastic parents) frantically waxing and sharpening skis between runs.

The racing this weekend was a little different as the main lift was out of action and the decision was made to race on the left hand slope which due to its undulations made the top of the course quite technical. There was a fantastic team spirit amongst the SASA team with all eight of the attendant racers supporting each other and making sure everyone knew and was happy with the course and cheering each other on after every run. The day wasn’t without incident with one young lady falling after she crossed the line and landing on the sharp edge of her ski and putting a rather large hole in her behind (recovering well now and smiling on Facebook) and another young lad who bent his ski dramatically on the crash barriers at the bottom of the slope, he would have grown out of those skis anyway. As one of our young racers pointed out to me during the delay “its ok coz at least they still got a time” True racing spirit.

We had some notable success for SASA with Geno Hounsham winning a bronze in the U12 male in a very competitive group and Hunter Barnes winning Gold in the U8 male, and our 2 female racers Imogen White and Imogen Miller both putting in great performances and winning all 3 of their head to head races. All our racers recorded very respectable times on a tricky course and should be proud of themselves.

All in all a great day in the sun, I would encourage everyone to try it, there is lots of support on the day for new racers and its great fun to watch. SASA racers were out in force this weekend at the SSE BASS Races at Landgraaf.  Edward Barker,  Peter Gash, Adam & Laura Harrison-Smith,  Geno Hounsham,  Dan Hutchings, Imogen Miller,  Harvey Stanley and Imogen White were flying the flag for Team SASA.  For five of them,  it was their first year racing on full gates,  but all of them rose to the challenge and put in solid performance.

In the minis,  Laura dominated her age group and Adam put in some good performances to get two second podium places.  He was beaten by Geno in the pro slalom, Geno picking up a second to Adam’s third.  In his first year racing U12,  Geno missed out on a second podium place by a whisker.

Full results can be found here:

There are a few pictures from the weekend,  but taking pictures at Landgraaf is very difficult.  Racer Ready were in attendance and have some great pictures of everyone. 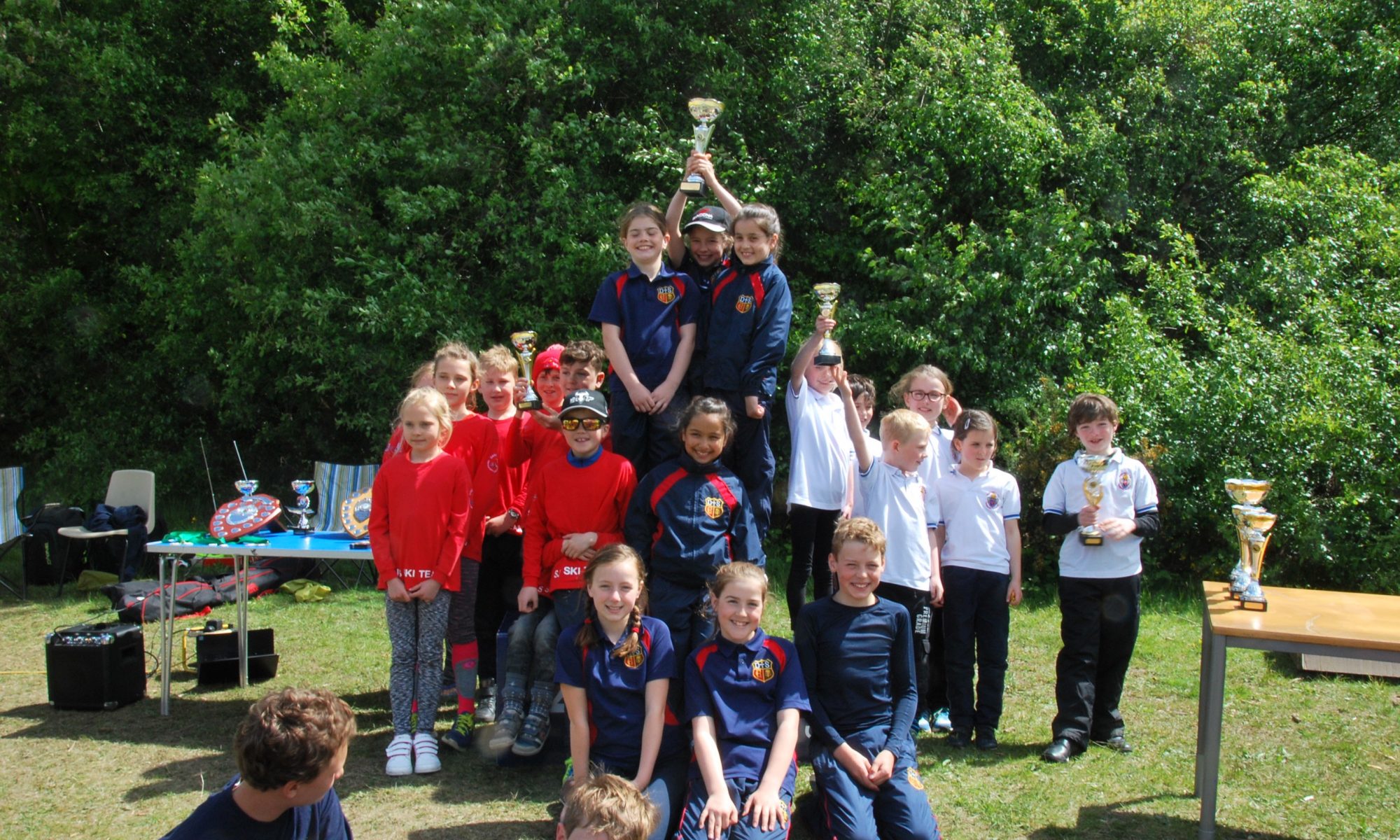 69 racers in 10 teams and individual racers represented 21 primary and secondary schools at the SASA Interschools Race on 14 May at the Alpine Centre in Southampton.

Teams consisted of three or more racers in the primary or secondary category and the three best times from the three fastest racers in each team counted towards the team prize.

Skiers who were not able to find sufficient other skiers at their school raced for individual honours.

Individual honours went to Lucas Collyer-Todd and India Dusanjh-Auty in the primary category and Alfie Goss and April Arthur in the secondary category.

Full results can be found on the Race page: